The Rebel - Home of the Global Resistance: Racists with delusions of Grandeur

"You see, we like our Nazi's in uniforms. That way, you can spot 'em, just like that."


The Rebel is the hideout of two racists by the names of John Kaminski and domain owner Andrew Winkler aka thetruthseeker aka the Rebel of Oz:


Kaminski had a page in 2012, but looks like it's gone now:
http://therebel.org/blog/kaminski

John Kaminski, a newspaper editor of 30 years, leaped into prominence with his relentless examination of the 9/11/2001 tragedy, about which he concluded that Muslims had nothing to do with these dastardly acts. 9/11 was wholly the work of the cynical people who managed to steal and control the American presidency and Congress at the beginning of the 20th century. These people are principally the so-called elite Jewish bankers who savaged England, France, Russia, and Germany by funding subversive attacks on decent people.
19 Jun Written by John Kaminski


More like leaped at another excuse the blame the world's problems on Jews.


You'll learn of many fine writers in the "global resistance" like these, ahem, Nazis:

You'll also discover the global resistance is a bunch of Jew blaming, Jew Hating, Holocaust denying Nazis, but that shouldn't surprise anyone either:

Now we're gonna have some fun:

Why I believe the Jews are lying about the Holocaust

Braveheart is the pen name of this frequent contributor to Rebel News and its former sister site Ziopedia. US based writer Braveheart is an expert in the Jewish role in 20th century history, with special interest in communism and feminism.
23 Jun Written by Braveheart


Most people believe that the defeat of Nazi Germany ended the killing of World War Two. In truth, the real killing only began with the end of the war.

Jews will probably be blamed... 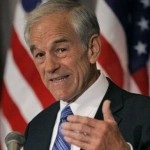 An independent American investigative journalist
The Iowa Caucus and Iran

Iran has been the subject of a Zionist war strategy for years in the same way that Zionists declared war on Germany long before the invasion of Poland in 1939. So much now depends on the January 3 Republican caucus in Iowa

The Jews declared war on the Third Reich.  Missed that one in history class...

Dick Eastman, a regular contributor to Rebel News and its former sister site Ziopedia.org, is a tireless 9/11 truth and social credit activist.

It's the Jews, Stupid

The Jews have kidnapped our soldiers via 9-11 false flag and are maiming and murdering them in Afghanistan under the shadow of China It's very simple. The Jewish bankers and international merchants

Yeah, we see where this is going...

Lawyer and former Board member of the Sabra-Shatila Foundation ; Director, Americans Concerned for Middle East Peace (Beirut-Washington D.C.) ; Former Professor of International Law at Northwestern College of Law in Oregon; Researcher at the American University of Beirut
22 May Written by Franklin Lamb

Who is Lamb? A google search shows that Lamb is involved with the neo-nazi website ‘veterans today’ which represents vets as much as one million moms represents mothers; its a vile site featuring holocaust denial and other related material

SLAM DUNK ON THAT ONE!  Thanks for making it easy, Fritz.

Kourosh Ziabari, born in 1990, an Iranian freelance journalist and cultural researcher, a member of Stony Brook University Publications' editorial team, a guest writer for BBC world service website, a contributor to PBS Media Shift, columnist of the Netherlands-based PoliGazette and the author of book "7+1". A number of his articles have been translated in German, Italian, Spanish, Malayan and Arabic.
Tuesday, 19 June 2012 21:19

A holocaust revisionary would say that...Look what homegrown racists love him:

Robert Singer seems to be another alias for the webmaster:

Rebel of Oz is the pen name of the editor and publisher of Rebel News and the Rebel Institute of New World Order Studies. The use of pen names unfortunately has become a matter of survival for political activists in Western 'democracies' due to the increasing ostracisation of dissidents and their growing oppression by government agencies, ranging from the vandalisation and destruction of their computers to non-flight lists, torture, indefinete detention and even extra-judicial killings.
21 Jun Written by Rebel of Oz


And that's the Global Resistance for what it's worth: according to them the Resistance is run by Nazis this time around. Except they'll loudly deny they're Nazis.

Just tell them to shut the hell up.

Andy, Braveheart and Bobbby Singer are a little shy, but good things come to those who wait....

.... a basterd's work is never done. And we ain't nothin but patient.