By Gianluca Mezzofiore: Subscribe to Gianluca's RSS feed
February 2, 2012 1:20 PM GMT
The nationalist American Third Position Party (A3P) pursued a "bridging tactic" with the Ron Paul Revolution movement that support the Republican candidate for the White House, according to emails hacked by Anonymous.
Calling for a "White uprising", A3P webmaster Jamie Kelso, whose email account was hacked by the collective, claims that his racist forum WhiteNewsNow is "the only W[hite] N[ationalist] forum working hard to form a bridge with the 100 times larger Ron Paul Revolution".

Basically the gist of this is what we already knew and/or suspected since the Ron Paul Newsletter dustup redux of 2008:   Ron Paul is a white power smoozer and a friend of NAZIS:

Other excerpts show Kelso's efforts in organising meetings between Ron Paul and other members of the A3P such as corporate lawyer William D. Johnson, chairman of the neo-Nazi A3P.

Johnson, who in 1985 proposed a constitutional amendment that would revoke the American citizenship of every non-white US citizen, founded the American Third Position along with anti-Semite Kevin MacDonald, professor at California State University, Long Beach.


In another passage, Kelso, a former Scientologist and account owner of other German Nazi forums, wrote: "I'll be at CPAC from Feb. 9 to Feb. 12. I'll send back reports to you from personal meetings with Ron Paul, newly-elected Senator Rand Paul and many others. It'll be here on WhiteNewsNow, a place that is really starting to get interesting because of the presence of folks like you. Birds of a feather flock together, and we are really gathering some quality here."

Guess that means we can treat the white power pecker sniffers like your usual Nazis.  Which certainly saves us some time. 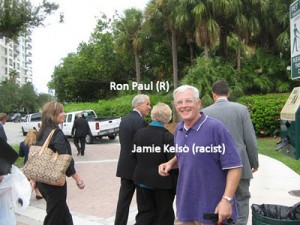 Now let's give em something that will follow them across the internet:

Kelso with peace activist Sheehan ....(someone get that woman a brain transplant): 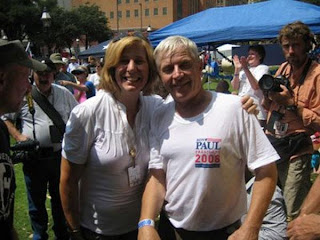 Let's make it clearer for her and anyone else confused: 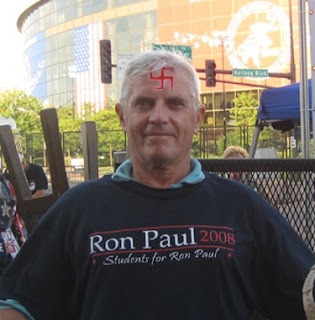 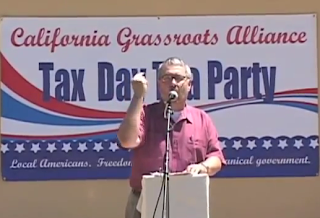 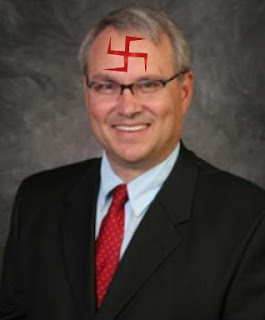 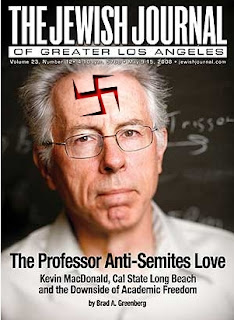 And of course, from our very own "bridging tactic",  pappy Paul and baby Paul: 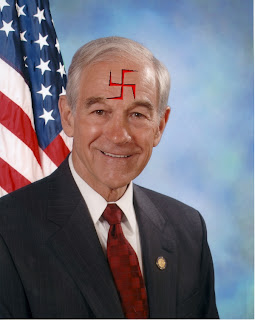 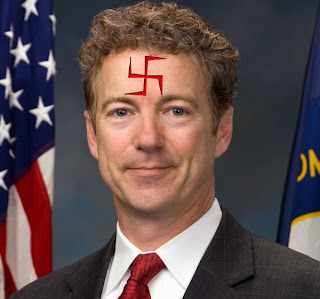